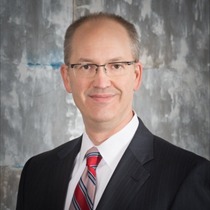 Blake Russell was appointed the company’s Senior Vice President of Station Operations in November 2008 and promoted to Executive Vice President in 2018. Prior to that, he served as Vice-President of Marketing & Operations since October 2007. In 2004, he was Vice President & General Manager of Nexstar’s KNWA (NBC) and KFTA (FOX) television stations in the Ft. Smith/Fayetteville, AR market. Working with Nexstar’s General Managers and Senior Corporate Staff, he is responsible for the conception, execution and implementation of the company’s strategic and content initiatives, special projects and the capital budget. Mr. Russell’s Operational oversight includes the areas of Engineering, News, Construction Services, Master Control Hubbing, Graphic Design, Marketing/Promotion and Production.

During Mr. Russell’s twenty-two years with Nexstar, he has been instrumental in building, re-launching and re-positioning stations throughout the company . He plays a key leadership role in the continuing evolution of the company to a multi-platform, local content and service provider as well as Nexstar’s regional hub strategies. Altogether, Mr. Russell has 31 years of experience in the television industry.