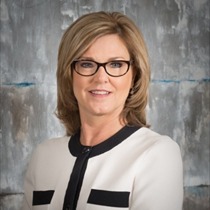 Julie Pruett was appointed Senior Vice President and Regional Manager in September 2013 and has more than 30 years of experience in television broadcasting. From 1997 through August 2013, Ms. Pruett served as Vice President and General Manager of KFDX-TV, the Nexstar television station serving the Wichita Falls, TX, and Lawton, OK, markets. Ms. Pruett was also responsible for managing Nexstar’s relationship with Mission Broadcasting’s KJTL-TV and KJBO-TV under a joint operating agreement. Ms. Pruett served in various sales and management positions of increasing responsibility at KFDX-TV after joining the station in 1989. Earlier in her career, she worked in the agency side of the business, developing, and implementing marketing plans for multiple clients.

Ms. Pruett serves on the NAB Sales and Management Television Exchange and is a past President of the Texas Association of Broadcasters. She is a board member of Union Square Federal Credit Union, and a past member of the Sheppard Air Force Base Military Affairs Committee, and the United Regional Health Care Foundation Board, where she also served as Fund Development Chair.