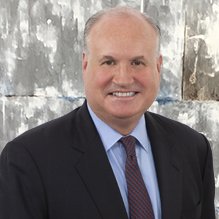 Prior to joining Nexstar, Mr. Connor was Senior Vice President, Distribution for Tribune Media Company. Mr. Connor also served as Vice President/Chief Financial Officer of WGN America (currently NewsNation) from 2000 through 2010. In this role, he managed the overall financial and strategic management of WGN America. Prior to this role Mr. Connor was Vice President/Controller of Tribune Broadcasting where he oversaw all financial reporting, analysis as well as the strategic and operational planning activities for Tribune’s Televison Stations, Syndication and Sports division. Earlier in his career, he worked at WGNO-TV/ New Orleans and at Tribune Entertainment Syndication.

Mr. Connor holds a bachelor’s degree in Accounting from the State University of New York/Binghamton University and worked as a Certified Public Accountant. Mr. Connor is married to his wife Kristen and they have three children.