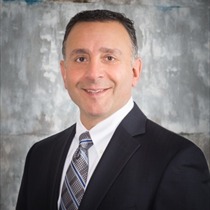 William Sally serves as Nexstar Media Inc.’s Executive Vice President of Sales.  He joined the company in September 2013 as a Senior Vice President and Regional Manager.

Mr. Sally oversees the expansion of Nexstar Media Inc.’s sales and marketing initiatives on a regional and national basis across 198 owned or serviced television stations in 116 markets.  He is responsible for developing revenue-generating strategies aimed at maximizing the value of the stations’ on-air and digital platforms.  In addition, he and his team collaborate with other Nexstar-owned media properties, including the company’s digital, cable and radio businesses, to create leading, cross platform marketing opportunities for a wide range of advertising partners. Mr. Sally is also responsible for executing and monitoring action plans aimed at achieving corporate and regional business objectives and financial goals, he also oversees traffic operations, vendor relationships and key client partnerships.  Nexstar’s digital and mobile products enable national advertisers, as well as small and mid-sized businesses, to optimize the reach and effectiveness of their marketing campaigns across every available media channel.

Prior to joining Nexstar Media Inc., Mr. Sally had been Vice President and General Manager for Newport Television in Albany at WXXA. He held the same position for Smith Broadcasting in Burlington, Vermont, at WFFF and WVNY. Mr. Sally has held various management level positions in sales while in California at KEYT in Santa Barbara. He began his television career in 1978 in Utica where he served as a Sports Director/Anchor at WKTV before transitioning into a local AE sales position.

Mr. Sally has been active with many professional organizations including sales advisory boards at ABC, FOX and currently at TVB.  He is well respected for his philanthropic work and good citizenship in the communities in which he has lived.