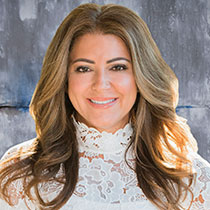 Dana Zimmer serves as Executive Vice President, Chief Distribution and Strategy Officer for Nexstar Media Group.  She oversees all distribution for the company’s billion-dollar-plus broadcast and television content portfolio to the cable, satellite, telco and digital media industries.  She spearheads network content deals with partners, Fox, CBS, NBC, ABC and CW.  Zimmer is responsible for distribution of 197 local television stations, representing 39% of the United States and WGN America.  She leads strategy, execution and day-to-day management of Nexstar’s relationships with all of its distribution partners.  Prior to joining Nexstar, Zimmer was President of Distribution and Marketing for Tribune Media Company, where she served a similar role of overseeing revenue for the multiplatform broadcast and cable powerhouse consisting of 42 broadcast stations and WGN America.

Prior to joining Comcast, Zimmer played an integral role on the launch teams that spearheaded successful distribution efforts of YES Network and SportsNet New York – the very first team-owned Regional Sports Networks lead by the Yankees and Mets, respectively, in the biggest sports market in the nation.  Dana also worked in affiliate sales for Fox Cable Networks and Discovery Communications.

Widely recognized in the cable industry as a top executive, Zimmer was named to the 2016 Cablefax 100 list and Top 100 Most Powerful Women in Cable by Cablefax each year since 2010.  In 2014, she was awarded Broadcasting & Cable’s Next Wave of Leaders.  Women in Cable & Technology awarded her their top honor as a “Wonder Woman” in 2012 and in the same year, Cablefax named her into the Cable Sales Hall of Fame.  Zimmer was inducted in 2010 for the “40 under 40” awards by both Multichannel News and the Sports Business Journal.  She served on the Women in Cable & Technology National Board of Directors for ten years.

Zimmer holds a Master of Arts degree in the School of Communication from The American University and a Bachelor of Science dual degree from SI Newhouse School of Public Communication and Whitman School of Management from Syracuse University.   In 2016 she became a member of the Newhouse Advisory Board.  She resides in Philadelphia with her husband, Clay and their two children, Ava and Chase.