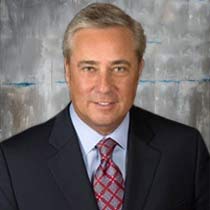 Perry A. Sook has over 39 years of professional experience in the television and radio broadcasting industries, covering all facets of the business, including ownership and M&A, management, sales, on-air talent and news. He founded Nexstar in 1996 with one local television station in Scranton, PA, and began building the foundation of what became one of the world’s leading local marketing and content companies, leveraging localism to bring new services and value to consumers and advertisers across its traditional media, digital and mobile media platforms. Based in Irving, TX, Nexstar trades on NASDAQ under the symbol NXST.

Following the recently completed $7.1 billion accretive acquisition of Tribune Media and the $4.6 billion accretive acquisition of Media General, Nexstar Media Group is now the largest local broadcast television operator in the United States, with 196 stations reaching 114 markets, or approximately 63% of all television households, and annual revenue in excess of $4.5 billion. As one of the nation’s leading providers of local news, entertainment, sports, lifestyle and network programming, Nexstar produces and distributes over 259,000 hours of local content per year. In addition, Nexstar’s digital properties provide innovative digital marketing solutions and services to local and national media companies, advertisers, agencies and brands.

Prior to Nexstar, Mr. Sook was one of the principals of Superior Communication Group, Inc., which was sold in 1995 to Sinclair Broadcast Group. Before Superior, Mr. Sook was President/CEO of Seaway Communication, Inc., owner of network affiliated stations in Bangor, ME and Wausau, WI. Before being recruited to run Seaway, he worked in the television industry as a General Sales Manager, acting General Manager and National Sales Manager. Mr. Sook previously spent five years with Cox Broadcasting, first in local sales in Pittsburgh, then at Telerep, Inc., as a National Account Executive. Early in his career, Mr. Sook was involved in local TV sales and radio sales. Mr. Sook also worked briefly as a television news anchor at the CBS affiliate in Clarksburg, WV.

Mr. Sook is a member of the Board of Directors of the Television Bureau of Advertising (TVB), the not-for-profit trade association of America’s local broadcast television industry.  He formerly served as Chairman of the organization.  He is Chairman of the CBS Affiliate Board,  a Member of the National Association of Broadcasters (NAB) and the Broadcasters Foundation of America Board. He is on the Board of Directors of Broadcast Music, Inc (BMI) and is Chairman of The Ohio University Foundation.

Mr. Sook was named the 2009 Broadcaster of the Year by Broadcasting and Cable (B&C) and was among the honorees inducted into the 2014 B&C Hall of Fame. He was inducted to The Library of American Broadcasting Foundation’s 2016 Giants of Broadcasting and Electronic Arts and received The Media Institute’s 2016 American Horizon Award, recognizing his leadership, promoting the vitality and independence of American media.

Mr. Sook did his undergraduate work at Ohio University in Athens, OH and was an adjunct professor at Edinboro State University of Pennsylvania.

He and his wife Sandra have three children; Laura, Victoria and Perry, Jr.  They reside in Flower Mound, TX.