Since the company’s founding in 1996, Nexstar Media Group, Inc. has established a company-wide commitment to delivering exceptional locally-produced programming and service to the communities in which it operates. Nexstar’s award-winning journalism brings to light authentically local stories with a focus on issues and abuses in the local community. Our job is to be accurate and thorough to permit our viewers to be informed on issues of importance.

Below are just a few accolades our journalists have recently received.

Three Nexstar stations, WXIN-TV in Indianapolis, IN, WRIC-TV in Richmond, VA, and KGET-TV in Bakersfield, CA, were recognized for “Overall Excellence.”  Two stations, KGET-TV and KXAN-TV in Austin, TX, received five awards each.

The National Academy of Television Arts & Sciences is dedicated to the advancement of the arts and sciences of television and the promotion of creative leadership for artistic, educational and technical achievements within the television industry.

Click here for a listing of Nexstar’s 2021 Emmy winners and here for Nexstar’s full list of winners from 2020. 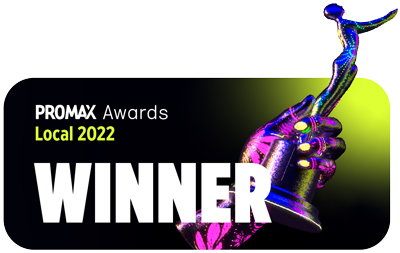 The PROMAX Local Awards are the industry’s premier celebration of outstanding achievement in local broadcast marketing and promotion. They honor the dedicated professionals who build loyal viewership and create the local television brands that are vital civic partners in cities and towns from coast to coast.

Nexstar received the 2020 Catalyst Award at TVB’s Alt Forward Conference 2020, the Television Bureau of Advertising’s (TVB) annual leadership conference. The Catalyst Award, which recognizes a communications company that creates strategic programs to advance meaningful social change, was given for the company’s outstanding support of Ad Council public service campaigns over the past year.

All Nexstar stations participated in Project Roadblock, an annual local broadcast TV campaign designed to reduce drunk driving fatalities over the course of the holiday season. Also, Nexstar stations led all participants in donated media value, with over $1 million dollars in value and 8,697 detections.