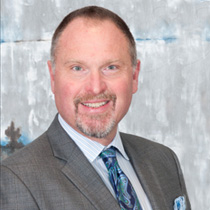 Mr. Jones came to Nexstar from CBS owned KTVT (CBS) and KTXA (IND) in Dallas-Fort Worth, Texas where he was Vice-President & General Manager for seven years. Prior to that, he was Station Manager and held various Sales management positions at KTVT, Sales positions at MMT Sales Inc., KXAS (NBC) Dallas-Fort Worth and News positions at KLBK (CBS) Lubbock, Texas and KXAN (NBC) Austin, Texas. Altogether, he has 38 years of experience in the television industry.

Mr. Jones is a graduate of the University of Texas. He has been married to Lauren for the past 31 years and has three sons, Austin, Trent, and Brock.