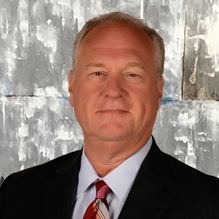 Andrew Alford was appointed President, Broadcasting in June 2021. He is responsible for the long-term strategy and day-to-day operations of Nexstar’s television stations.

Mr. Alford grew up in Rochester, NY and began his television career in sales at WHEC. He has been involved in a number of industry and community organizations, including the Tampa Hillsborough Economic Development Corporation, Heart Walk Cabinet for The American Heart Association Tampa Bay, Board of Directors of Make-A-Wish, Georgia Association of Broadcasters, The Southeast Chapter of National Academy of Television Arts and Sciences, and the Board of Directors of Junior Achievement for Northeastern New York.

Mr. Alford has been married to his wife Nancy for over 30 years and has a son and daughter; Max and Katy.