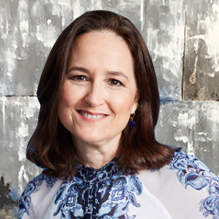 For the past 15 years, Ms. Feldman has served as a partner at Beyond PR Group, developing and executing successful digital media and influencer activation campaigns on behalf of more than a dozen television series and syndicated talk shows from major television networks including: “The Talk,” “Survivor,” “The Good Wife,” “Mom,” “48 Hours,” “The Goldbergs,” “Dr. Ken,” and “Timeless,” among others. From 1996 to 2007, she held positions of increasing responsibility with the CBS Television Network and served as Vice President for the CBS Communications Group. As a leading network television communications professional, Ms. Feldman played an integral role in the media campaigns for Emmy award-winning television shows such as CBS’ hit series “CSI,” “The Amazing Race,” and the final season of “Everybody Loves Raymond.”

In addition to her new duties with The CW, Ms. Feldman will continue in her current role as Executive Director of Communication for the Networks Division of Nexstar Media Inc., overseeing communications for NewsNation, multicast networks, and radio. In this role Feldman has overseen the media awareness campaigns regarding the expansion of programming at NewsNation, the launch of “Cuomo,” and the communication strategy for the network’s upcoming mid-term election coverage.