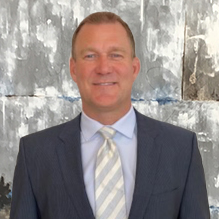 David Diederich was named Senior Vice President of Advertising Sales for NewsNation in 2017.  In his current role, Mr. Diederich oversees national media sales, as well as Pricing & Planning for the cable and multicast network division.  Prior to this, David served as Vice President of Advertising Sales and Brand Partnerships from 2015-2017, after joining Tribune Media’s cable network, WGN America, in 2005 as Western Region Sales Manager.

Mr. Diederich holds a Bachelor of Science degree in Business Economics from Rutgers University, where he was a two-year letterman on the varsity football team.  David and his wife, Jackie, have been married 19 years and have three children.  They reside in Los Angeles, CA.