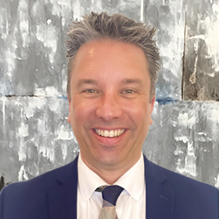 Jason Roberts joined the Nexstar legal team as Associate General Counsel in September 2019 in connection with the company’s acquisition of Tribune Media Company. He was appointed Vice President in January 2022, and is primarily responsible for assisting the broadcast station group on FCC compliance, state regulatory matters, daily operational issues as well review of commercial contracts.

Prior to this, Mr. Roberts was in-house counsel at Tribune Media Company from 2009 to 2019, in-house regulatory counsel for Equity Broadcasting Corporation for 5 years and was in private practice focusing on communications law for 10 years.

Mr. Roberts has three children and he and his wife, Krissy, reside in Dallas, Texas.