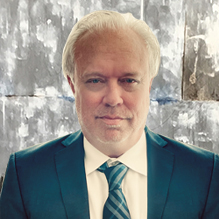 Mr. Moriarty leads product development initiatives across its local network of sites and apps, The Hill, and NewsNation Digital.

He has previously led digital products and businesses at some of the largest media companies in the U.S. and Europe, including The New York Times Company, JPIMedia and Gannett. He joined Nexstar from Gannett, where he was SVP for Consumer Products, leading digital initiatives across Gannett’s local and national platforms including USAToday.

From 1994 to 2014 at The New York Times Company, Jeff launched some of the company’s first websites and went on to hold leadership roles at BostonGlobe.com, Boston.com, GolfDigest.com, WineToday.com, About.com, as well as its regional newspaper and broadcast digital businesses.

Mr. Moriarty has a BS in journalism from the University of Florida. He also serves on the board of The Local, a Stockholm-based network of news sites in nine countries in Europe. He is based in Los Angeles.