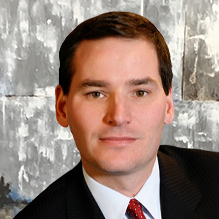 Klarn DePalma was named Nexstar’s Senior Vice President of Group Sales and Sponsorships in April 2022. He is responsible for the strategy, development, and execution of sales and sponsorship efforts across Nexstar’s entire portfolio of broadcast stations and associated digital properties.

Prior to Nexstar, Mr. DePalma served as Meredith’s Executive Vice President for MNI Targeted Media and had been responsible for the company’s targeted media planning and buying services offered to agencies and brands, providing clients with both proven and emerging digital and magazine products, proprietary data, and technology. In this capacity, he oversaw the long-range strategy and day-to-day execution of this fully digital activation subsidiary of Meredith, covering all of North America and some major European markets, including approximately 1,200 local, regional, and national clients.

From 2005 to 2018, Mr. DePalma led national sales efforts for Meredith Media Group and served as Vice President and General Manager for four of the company’s television stations, including WFSB-TV (CBS) in Hartford/New Haven, Connecticut, and WGGB-TV (ABC), WSHM-TV (CBS), and EGGB-TV (FOX) in Springfield, Massachusetts.

Mr. DePalma has been an active participant in media industry-related organizations and served on the TVB Board of Governors, as past-Chairman of the Connecticut Broadcasters Association, and on the business committee of the Pearl Group. He has also been very involved in the communities in which he has worked and lived, serving as a member of the board for the Connecticut Science Center, the Channel 3 Kids Camp, and the Bushnell Center for the Performing Arts in Hartford.

Mr. DePalma earned his Bachelor of Science degree in marketing from the University of Connecticut and his Master of Business Administration degree from Rensselaer Polytechnic Institute in Troy, New York.