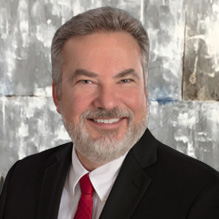 Prior to his broadcast career, Mr. Turner worked as a design engineer in the aerospace industry.