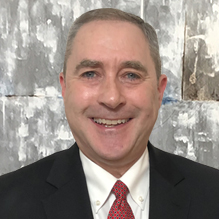 Prior to his work with Nexstar, Mr. Heffernan served with Media General, Inc. as General Manager, Central Broadcast Operations from 2003 to 2017. Previously, he spent 17 years at the CBS affiliate in Richmond, Virginia, serving in a variety of roles including Director of Operations & Technology, Account Executive, Director of Programming and Operations, as well as Production Manager.

Mr. Heffernan holds a bachelor’s degree in Communications from Virginia Tech and served as a commissioned officer in the United States Army Signal Corps.