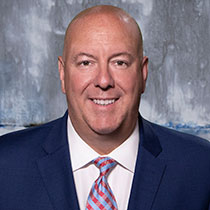 Matthew Rosenfeld was appointed Senior Vice President and Regional Manager in July 2019. Prior to his appointment, he served as Vice President and General Manager of Nexstar’s duopoly television operation of KSEE (NBC) and KGPE (CBS) and associated digital operations in Fresno, California from 2013 to 2019, having been the GM for KSEE since 2009.

Prior to that, he served as President & General Manager for WTVH (CBS) in Syracuse, NY and WBNG (CBS, CW) in Binghamton, NY. Rosenfeld currently serves on the California Broadcasters Association and is very active in community involvement. He is past President of the Fresno Chamber of Commerce, President of the Fresno Compact, and has served on several other community advisory boards in California and New York. Rosenfeld was the recipient of the CHAMPION Award presented by the Mayor of Fresno in 2016, Hometown Hero award presented by the Fresno Clovis Convention & Visitors bureau in 2010, and recipient of the “40 under “40 award presented by the Central New York Business Journal in 2007; under his leadership his television stations have received significant recognition including Regional Emmy awards, Associated Press awards, Regional Edward R. Murrow awards, RTDNA Excellence in Journalisms awards and most recently a National Edward R. Murrow Award in 2018.