During his tenure at WIVB-TV and WNLO-TV, Mr. Mancuso expanded local news, grew revenue and ratings significantly, and developed a variety of exclusive local community and sports partnerships.  Under his leadership, WIVB-TV and WNLO-TV now produce and air nine-and-a-half hours of local news every day, more than any other television station in Buffalo, and WIVB-TV has become a market leader in key demographic audiences across multiple newscasts. In 2018, WNLO-TV launched a new evening newscast at 6:30 pm, becoming the only television station in the market to air local news in the time period.  WIVB-TV also secured the exclusive rights to become the official broadcast station for the NFL’s Buffalo Bills in 2020 and obtained the broadcast rights to carry the team’s pre-season football games.  WIVB-TV then developed a partnership to carry the pre-season games on eight other Nexstar television stations in New York and Pennsylvania and initiated a first-ever live local pre-game show prior to Bills’ regular season games.  Mr. Mancuso and his team cultivated a deep relationship with the University of Buffalo, airing coaches shows on WNLO-TV for football and men’s and women’s basketball.  The station also became the home of the Buffalo Bisons, the city’s AAA baseball team, airing ten games during the season.

Over the course of his 35-year career in local broadcasting, Mr. Mancuso has held positions of increasing responsibility and led television stations in a variety of large markets, including Cleveland, OH, Nashville, TN, and Chicago, IL. He has broad experience in station management, operations, sales, marketing, and audience development and has initiated exclusive community projects by expanding local programming and delivering innovative multi-platform advertising and marketing solutions to his clients and community partners.  Upon his arrival in Buffalo, Mr. Mancuso launched, developed or enhanced a variety of community service projects.  He led the annual WIVB-TV coat drive to record results by initiating “live drives” during the station’s morning and evening newscasts and collecting more than 5000 coats in a single day for families in need.
“Dominic is a talented and experienced local broadcast executive who brings a long track record of success to his new position,” said Mr. Alford.  “He has been an exceptional leader of Nexstar’s leading broadcast and digital operations in Buffalo, and has consistently grown ratings, revenue and market share in a very competitive environment by expanding local content, providing innovative solutions for our advertising and marketing partners and deepening the relationship between our TV stations and the local community.  Dominic is the perfect choice to lead our Indianapolis duopoly, and I am looking forward to working with him following this promotion within Nexstar.”

Commenting on his appointment, Mr. Mancuso said: “I am excited to be returning to Indiana and to be leading such vital and vibrant broadcast, digital, and mobile operations as those of WTTV-TV and WXIN-TV.  These are strong stations with talented and experienced staffs and a legacy of service to the local community.  I am grateful to Nexstar for giving me this opportunity and I am looking forward to building on the strong foundation established in Indianapolis over the last several years.”

Mr. Mancuso has a strong record of involvement in the communities in which he has worked.  He is a graduate of “Leadership Buffalo” and “Leadership Cleveland,” two programs designed to empower senior-level civic, political and business leaders to advance and deepen their community impact while addressing key community issues.  Over the course of his career Mr. Mancuso has been extensively involved with the Illinois, Tennessee and Ohio Associations of Broadcasters, serving as Chairman of the Board in both Illinois and Tennessee.  Mr. Mancuso will be immediately relocating to Indianapolis to begin his new duties. 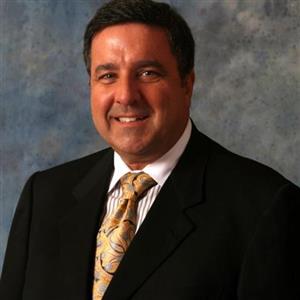