CHICAGO (August 25, 2022) – WGN Radio’s Joe Brand will continue as the host of Chicago Blackhawks pre-game, intermission and post-game shows as well as the weekly “Blackhawks Live” show during the upcoming 2022-23 season.

Joe Brand, a native of Oak Lawn, has been in this role since the 2021-22 season and has covered the Blackhawks beat since 2016. He has reported for the broadcast team and co-hosted several podcasts that originated from the WGN Radio studios. Since joining WGN Radio in 2013, Joe Brand has been a producer, reporter, anchor, and host.

WGN RADIO
Since 1922, WGN Radio AM 720, a Nexstar Media Group, Inc. station, has been dedicated to being the #1 source of Chicagoland news, information, entertainment, and sports. WGN Radio is the official broadcast home of the Chicago Blackhawks and Northwestern University. Listen at AM 720, online at wgnradio.com, on your WGN Radio app, smart speakers, or TuneIn. Like us on Facebook at www.facebook.com/wgnradio and follow us on Twitter @WGNRadio and Instagram @wgnradio. 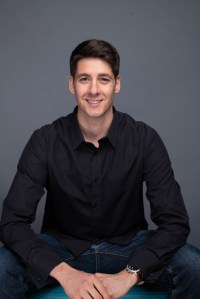